Two nights ago, I had a dream in which a friend of mine threw me a Halloween party. The party was at my old house, and we were on our to Zehrs when she told me about all the cool stuff she bought for our All Hallow's Eve bash. My friend thought of everything; she even made sure to invite one of my attendants just in case I needed anything! I expressed my ardent gratitude to her, and then I said that I didn't know that she cared about me that much. "Of course I care about you, Andre," she replied. 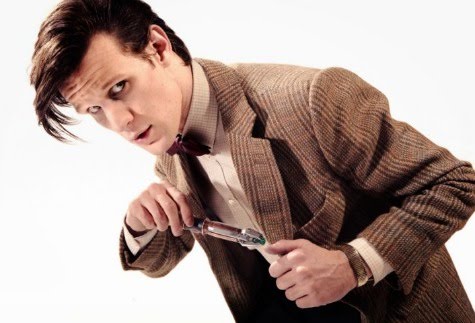 We got to Zehrs, and saw that everyone was dressed up for Halloween. My friend and I stopped at a table with a syrupy, pumpkin liquid, she then asked if I wanted to get it for my altar. I said that I did, so we picked one up with the intention to buy. Then, as we left, I saw a brown, tweed jacket. It reminded me of the jacket that the current Doctor Who wears. I said as much, and was overheard by a guy dressed as a zombie who called himself Doctor Evil.

Once in the parking lot, my friend and I heard my alien dog who was still in the store. When we went back inside to see what was upsetting canine companion, we found him at the rack where the tweed jacket hung. "Talk to me, boy," I said as I tried to soothe my dog. However, I didn't understand what excited my dog, but then a blond woman, who happened to be Doctor Evil's wife, came over to me. She suggested that I should get the jacket. She stated that she didn't know much about Doctor Who, but she thought that I was deep, smart and a remarkable person like him. I even had an "annoyingly talkative, blonde haired, female companion. The wife believed that the only difference between The Doctor and I was that jacket, which she ended up buying for me, and bringing it out to my van.

This dream is reminding me of my worth. I believe that it is asking me to recognize and and accept my value. Over the next few weeks, I am going to start to explore my worth.